In traditional grammar, the term “part of speech” refers to one of the nine major categories into which words are grouped in accordance with their roles in sentences, such as nouns or verbs. These are the fundamental units of grammar, also referred to as word classes.

The 9 Parts of speech

Nouns can be a name of a person, place, thing, or idea. They can play a variety of roles in a sentence, ranging from the main subject to the action’s object. Proper nouns are capitalized when they are the name of something or someone that is officially used. Examples include pirate, Caribbean, ship, freedom, Captain Jack Sparrow, Lagos, Titi, etc

In a sentence, pronouns take the place of nouns. They are more generalized forms of nouns that only refer to individuals. I, you, he, she, it, ours, them, who, which, anyone, and ourselves are some examples.

A sentence’s events are described through the use of verbs, which are action words. Furthermore, they can convey the emotional state of a sentence topic (is, was). Tense (present, past) and count distinction affect the way that verbs take on different forms (singular or plural). Example: sing, dance, believe, seem, finish, eat, drink, be, become, etc.

Adjectives modify and describe nouns and pronouns. They provide information such as which, how much, what sort, and more. Readers and listeners can use adjectives to describe something more vividly by using their senses. Examples are hot, lazy, hilarious, different, brilliant, gorgeous, poor, and smooth.

Prepositions illustrate the roles that a noun or pronoun plays in relation to the other words in a phrase in terms of space, time, and role. They appear at the beginning of a prepositional phrase, which also includes the preposition’s object. Examples include “above, over,” “by,” “for,” “into,” “near to,” “out of,” and “apart from.”

In a sentence, conjunctions link words, phrases, and clauses. There are conjunctions that are coordinating, subordinating, and correlative. Examples include, but, so, yet, with, and.

While articles and determiners also serve to modify nouns, they vary from adjectives in that they are required for appropriate sentence syntax. There are both definite and indefinite articles, which specify and identify nouns. Examples include articles like “a,” “an,” and “the,” as well as determiners like “these,” “that,” and “those.”

Expressions known as interjections can be used as standalone clauses or as parts of sentences. These words and phrases frequently indicate strong feelings and reactions. You know, like ah, whoops, ouch, and yabba dabba do! 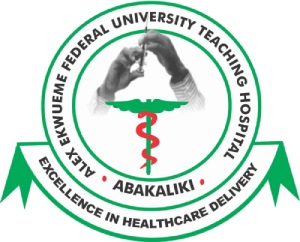