JAMB New Cut-Off Marks And How It Affects You

JAMB New Cut-Off Marks And How It Affects You; After the just concluded JAMB policy meeting, I went on a little investigation of my own to see how well students understand the information provided to them.

While it’s appalling that many students prefer to get information that affects their education from Facebook groups, I am taking out time to use this article as a means of breaking down what was said in the meeting and how it affects your admission 2022.

According to JAMB, in this session, the minimum cut-off mark for admission into degree awarding institutions, such as universities is 140. Emphasis on minimum.

While the minimum cut-off mark for admission into Polytechnics and Colleges of education is 100.

What Does It Mean?

This simply means that no University, Polytechnic or college of education can put their admission benchmark below the above scores.

How Does This Affect You

A total number of 1,761,262 students sat for JAMB this year, yes! That’s a lot of people and less than half of them did really well.

While I was on my little investigation, which I earlier stated I noticed many students making comments that insinuated that these cut-off marks are going to work with all schools. Well, the answer is No!

JAMB has simply just set the minimum Cut-off marks as a guide for all universities but that doesn’t take the right away for these schools to determine what their cutoff marks will be.

What You Should Know

1. If you score low in JAMB, you must understand that you are competing with 1.7 million other students so be smart. Either you change course, school, write JAMB again or enrol for IJMB.

Personally, I believe JAMB is making a poor decision by reducing the score for admission every year, last year was 160, and this year is 140, students should study hard to excel as 140/400 isn’t pass in any sense of mathematics.

If you failed JAMB, it isn’t the end of the world, use this link to check for study tips and JAMB resources that will help you prepare better.

Thanks for reading JAMB New Cut-Off Marks And How It Affects You. 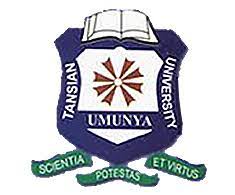