Even slaves should not attend Yenagoa campus of Nigerian Law School: Wike

“You’ll never allow your slave to attend the campus in Yenagoa,” said Mr Wike on Tuesday Wike when the Senate Committee on Judiciary, Human Rights and Legal Matters. 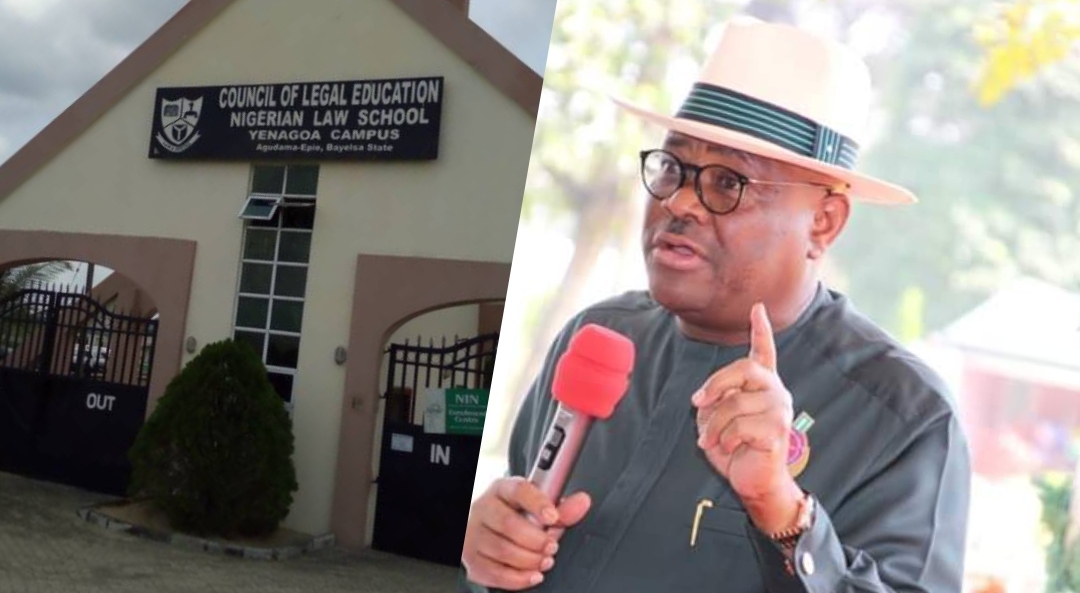 Indicating the appalling conditions at the Nigerian Law School, Yenagoa Campus, Governor Nyesom Wike says even slaves should not be allowed to use the facility.

“You’ll never allow your slave to attend the campus in Yenagoa,” said Mr Wike on Tuesday Wike when the Senate Committee on Judiciary, Human Rights and Legal Matters, led by its chairman, Opeyemi Bamidele, paid him a courtesy.

“From the record I checked, Nigerian Law School has never gotten more than N61 million to fund the Law School yearly,” he, however, added. “I made a special appeal to support to Council of Legal Education to rehabilitate the campus in Abuja, and the director-general said, ‘No, we have more problems in Yenagoa, leave Abuja’.”

According to the governor, the Rivers government is investing at least N5.1 billion on the Yenagoa campus.

“What is our interest? Our interest is to contribute to the development of legal education in Nigeria,” he said.

Mr Wike stated that when he attended the call to Bar ceremony at the Abuja campus of the institution two years ago, he was appalled by the decrepit infrastructure in the school.

He disclosed that spurred his administration to build 900-bed space hostels and 1,500 capacity auditorium for students in Yenagoa campus, and then the subsequent construction of a new campus in Port Harcourt.

Mr Wike said approval for any new law school campus should be based on needs assessment and not on political sentiment.

He noted that with the paucity of funds to the law school by the federal government, states with the capacity to build new campuses should be encouraged to do so based on the Council of Legal Education model.

The governor explained that due to the current insufficient carrying capacity of the school, there had been a clamour for the proliferation of more campuses across the country.

“I will appeal, in solving this carrying capacity problem, let’s not also create other problems. It is a professional school, and so we must be guided. If any state wants to have a law school, there must be a model,” he noted.

Mr Wike explained that the construction of the Nabo Graham Douglas campus of the school in Port Harcourt would cost the Rivers government N16 billion.