Sola A. Saraki Library Complex, named after the departed politician, was torn down in Ilorin West Local Government Area on Tuesday afternoon. 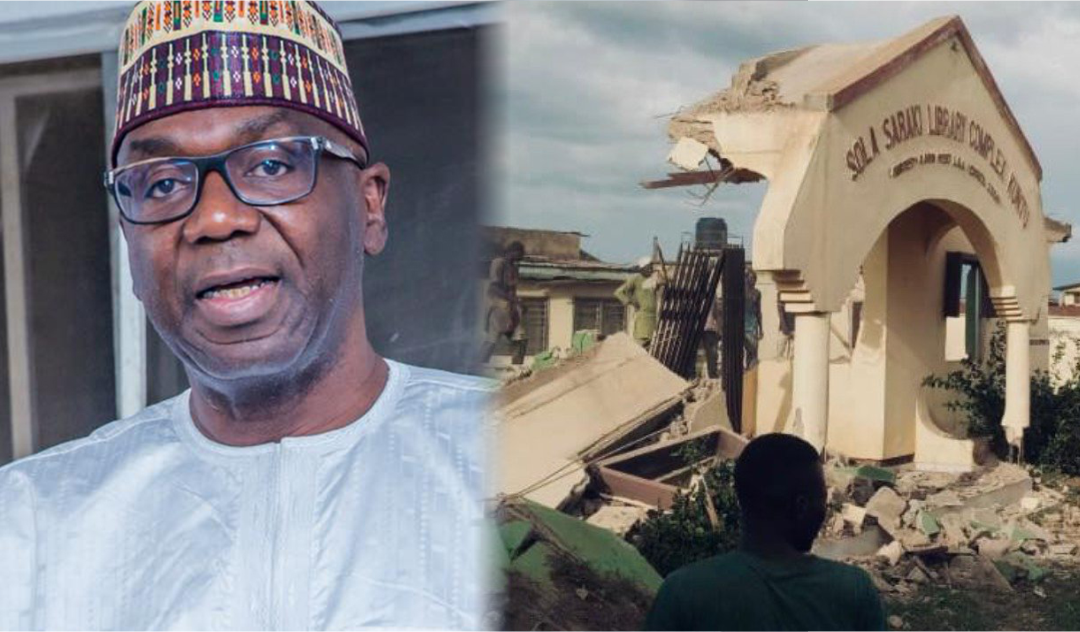 Sola A. Saraki Library Complex, named after the departed politician, was torn down in Ilorin West Local Government Area on Tuesday afternoon. The library has been used for years as a learning and resource centre for people around the local government, locals said.

It was unclear why Mr Abdulrazaq ordered demolition of the knowledge facility that served thousands of state residents every year, but the timing fuelled insinuations of a political vendetta.

Mr Abdulrazaq and Bukola Saraki, the former Senate President whose father the library was named after, have been at political loggerheads amidst tussle for the control of the state’s politics. Mr Abdulrazaq wrestled the state in 2019 after decades of domination by the Sarakis.

A spokesman for Mr Abdulrazaq did not return a request seeking comments about the demolition. But Mr Saraki condemned it and insinuated that the governor has no grip on his administration’s priorities.

“I just got the news that the major official assignment carried out by the governor of my state, Kwara, today, is the demolition of an old public library named after my late dad, Dr Olusola Saraki,” Mr Saraki said in a statement on Tuesday night. “May Almighty Allah continue to retain a place for Oloye in Aljannah Firdaus.”

The development underscored the latest in similar demolitions over political rivalry by Nigerian politicians. In 2012, former Governor Ibikunle Amosun pulled down the perimeter fence of a Christian worship centre which his predecessor Gbenga Daniel built in honour of his late father in Sagamu