Police operatives fired shots at students of the Abia State Polytechnic who were protesting rape of their colleagues by police officers. 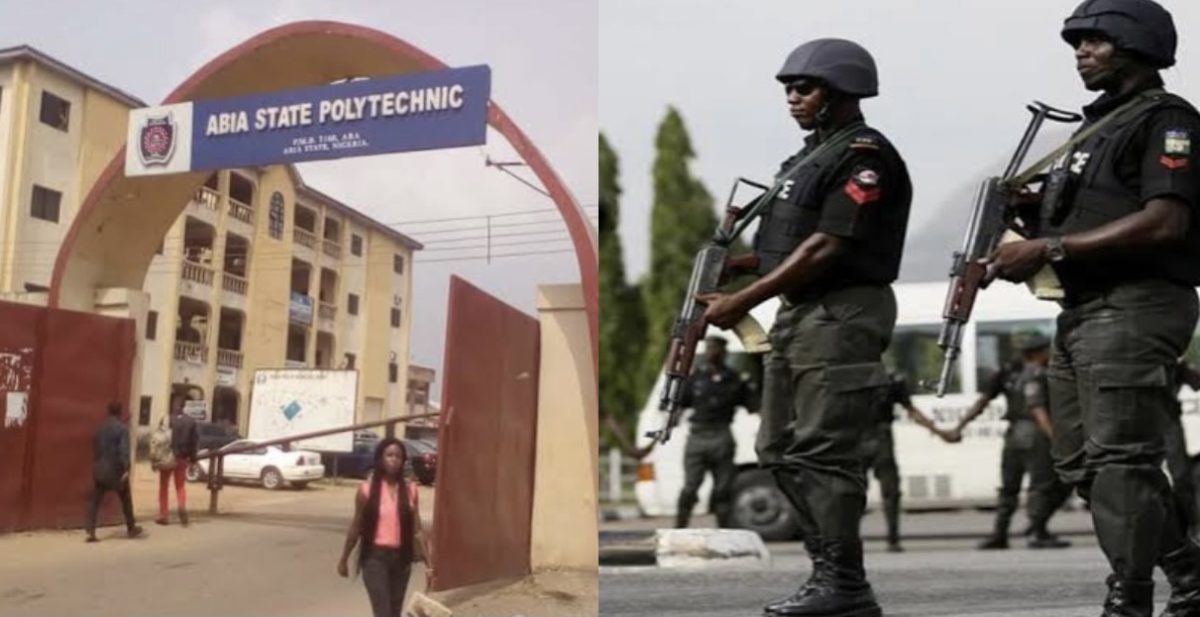 Police operatives shot into a crowd of protesting students of Abia State Polytechnic, Aba, who were demonstrating at the institution’s campus on Thursday.

The students were protesting the rape of their colleagues by officers of the Police Rapid Response Squad as well as the non-accreditation of the Civil Engineering Department of the school, Sun newspaper reported.

In footage seen on social media, policemen were seen opening fire on students at the gate of the institution. While many protesters retreated at the release of gunshots, a few were seen hauling back stones at the operatives.

At least one student was seen on the ground near the gate. It was not clear whether he has been felled by the police bullet or just taking cover from the heavy shelling.

The Abia State police command says it had started investigating the allegation of rape of the polytechnic students by its officers female.

Police Spokesman in the state, Ogbonna Godfrey, however, told Peoples Gazette that he can not ascertain the duration of the investigation.

He said the culprits will be fished out and brought to justice when the investigation is concluded.

“I read it from one of the newspapers this morning.

“The allegation is under investigation, and we can not sweep it under the carpet, as efforts are intensified to identify the persons involved.

“It is unprofessional and it is against the ethics of the job.

“I can not tell you how long it will take to carry out the investigation. It is not something you will sit down immediately and say, I have investigated and this is the result.

“The state criminal investigation is in charge of handling cases of this magnitude,” Mr Godfrey told The Gazette in a telephone interview on Friday.

The Gazette learnt that Thursday’s protest brought academic activities to a standstill as the students took over the Aba- Owerri road.

The news outlet quoted Professor Kalu Osonwa, the rector of the polytechnic to have said “he got information that the students’ harassment but vowed to ensure that no student is sexually harassed and promised that the management of the Polytechnic will look into the complaints, including the non-accreditation of the department of civil Engineering.”