We want to be corpers, not corpses, say Abia students protesting bad road.

Students of the Michael Okpara University of Agriculture, Umudike (MOUAU) in Abia embarked on a peaceful protest against the deplorable state of Umuahia-Ikot Ekpene road. 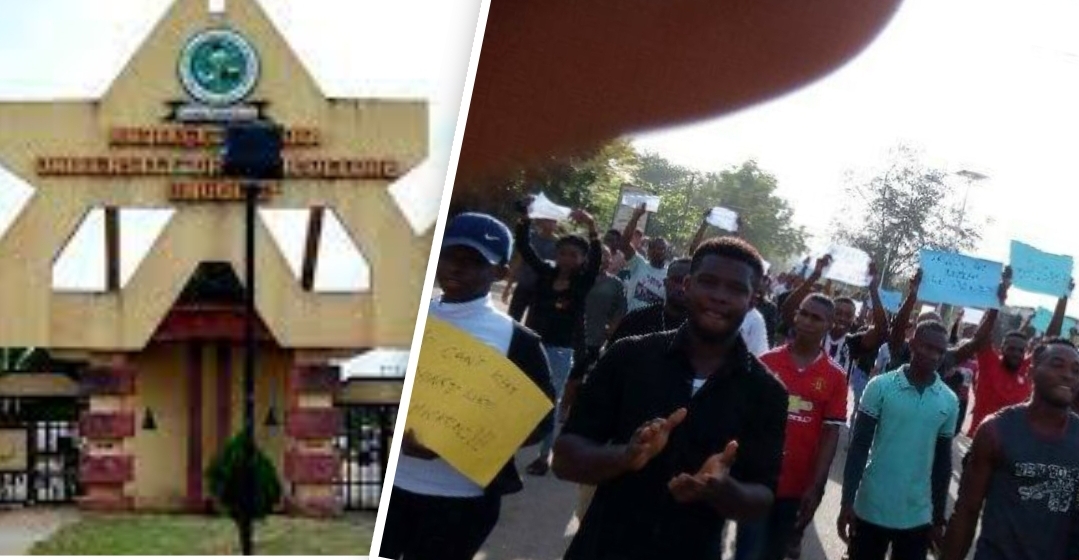 On Monday, students of the Michael Okpara University of Agriculture, Umudike (MOUAU) in Abia embarked on a peaceful protest against the deplorable state of Umuahia-Ikot Ekpene road.

They carried placards with inscriptions ‘Fix Umuahia-Ikot-Ekpene road’, ‘Enough is Enough, ‘I want to graduate and be a corper, not a corpse’, among others marched through major Umuahia streets.

“We are giving four days ultimatum to the state government to commence the palliative works on the Umuahia-Ikot Ekpene road,” said Chukwuma Ugochukwu, the president of MOUAU’s Students’ Union Government.

They expressed their displeasure over the inability of the Federal Government to fix the road and blamed the state of the road for the road accidents that had claimed the lives of road users, especially students of the school.

They called for immediate action to alleviate the suffering of road users and stop the occurrence of road accidents.

“Yesterday, a student of MOUAU was killed in an auto crash that involved an SUV and a truck which occurred on the Umuahia-Ikot Ekpene road. We are no longer comfortable with that road. We are asking that this road should be looked into with immediate effect,” explained Mr Ugochukwu.

Also, James Daniel, a student of MOUAU, noted, “In 2019, we were told that the road has been awarded, but the only work that we have seen is the construction of drainages leaving the road undone.”

Somto Chukwu, also a student of MOUAU, stated that frequent auto crashes on the Umuahia-Ikot Ekpene road were a call on the government to match their words with action.

Responding, Chris Ezem, the Secretary to the State Government, said, “We are not playing politics with the road and cannot afford to lose any more lives on the road, and our sympathy goes to the family of the deceased.”

Mr Ezem added that the road in question was a federal route and that the government would commence palliative works to make it passable.