IJMB Drama; Death and the King’s Horseman by Wole Soyinka and past questions.

IJMB Drama; Death and the King’s Horseman by Wole Soyinka and past questions; This play is necessary for students who are sitting for the IJMB examinations and should be studied so as to stand a chance of passing the exams.

PLOT SUMMARY (IJMB Drama; Death and the King’s Horseman by Wole Soyinka and past questions.)

Nigerian playwright Wole Soyinka wrote the drama Death and the King’s Horseman in 1975. It is based on an actual incident in which the British colonial administration in Nigeria blocked the Yoruba king’s horseman from executing ritual suicide to honor his king’s death, as per their religious-monarchic tradition. The story takes place during World War II. The play makes observations on the futile conflicts that numerous African countries have fought in the twenty-first century with European colonial powers, highlighting not only physical annexation but also the systematic eradication of African identity.

The Yoruba king has just passed away when the play starts. Elesin Oba, his horseman, is getting ready to end his life so he can go to heaven with his king. According to a Yoruba belief, the world can only advance once each newly deceased monarch and his troops enter the afterlife. This deed is in conformity with that myth. The Praise-Singer of the ceremony starts to wonder if the horseman will actually carry out his suicide as Elesin openly prepares to die. Elesin reassures him that this is how he is happy to end his life. Elesin requests Iyaloja, the group’s leader, to introduce him to a stunning woman with whom he expects to have sex before he passes away, as the ladies prepare his ceremonial attire. Iyaloja is initially hesitant to grant his request because the woman is married to his son. In the end, she concedes that it is just given the magnitude of Elesin’s sacrifice.

A scene in the British colony now appears in the story. When police inspector Amusa suddenly approaches to inform Simon about Elesin’s intention to commit suicide, he is happily preparing for a masquerade dance with Jane Pilkings. After thinking about the repercussions of stopping such a rite, Simon decides that he must do so. In order to protect his chance of meeting the prince, he requests that Amusa send officers to arrest Elesin on his behalf. In her haste to stop the ceremony, Amusa runs to the market, but the market ladies repel him. Elesin enters a trance when the ceremony is performed.

Simon rushes out of the masquerade in a frenzy to put an end to the ritual after learning that it has not been stopped. Olunde, Elesin’s son, shows up and starts talking to Jane. He claims that, without the Pilkings family’s financial support, he would not have been able to attend medical school in England. However, his acceptance of the assistance led his father to reject him. Olunde has traveled back to Nigeria after learning of the Yoruba king’s passing in order to visit his father and participate in the ceremony. Olunde believes that the ceremony has ended and that his father has committed himself when he hears distant drumming. Then word spreads that Simon and the cops halted the ceremony before it reached its conclusion. Elesin is brought in, handcuffed, and furious. Olunde chastises his father for skipping the rite.

Elesin is found in prison by Iyaloja, who mocks him for not having the strength to complete the ceremony and pass into the afterlife before the Englishmen showed up. Elesin acknowledges his own failure but insists that, except for Simon’s interference, he would have completed the rite. Iyaloja reveals that in order to stop the universe from exploding, the king’s subjects had to choose another person to die in his place. Olunde’s body is brought in by some men wrapped in a big cloth. Iyaloja explains that Olunde volunteered to commit suicide in order to give his father some dignity. Before anyone can open his cage and stop him, the distraught Elesin chokes to death on his own chains.

THEMES (IJMB Drama; Death and the King’s Horseman by Wole Soyinka and past questions.)

The themes of life and death and their interrelationship are present throughout the work. Elesin’s greatest failing is his inability to successfully transition from one state to another, which is the focus of the entire ritual. Death is just another possible state for Yoruba ritualists, and cycles are intertwined with one another. Europeans are similarly worried about life and death, but they approach these topics from a different angle: they view life as sacrosanct, while they view death as terrifying and having no greater significance than the fact that it will inevitably happen—but in God’s timing, not ours.

The book incorporates poetry, dance, and music throughout. They are integral components of the ceremony for the Nigerians. They can convey messages, cause trances, meditation, and reverie, bring about change and transformation, and generally exhibit immense power and significance. The ritual cannot exist without these components. Even if they have music and dance, the Europeans do not have the same influence. The dancing is awkward, and the music is subdued. Additionally polluting by its presence in Nigeria, where it has no place, in European dance/music. It is alien, just as it is weird for the Pilkings to dress up in egungun costumes.

The ritual’s main element is sacrifice. Elesin can only finish the ceremony by offering himself. Of course, due to both internal and external conditions, Elesin is unable to properly fulfill this. Olunde, in order to complete the Yoruba rite, makes the ultimate sacrifice by sacrificing his own life. This was hinted at in Olunde and Jane’s discussion of self-sacrifice, who have quite different views on the nature of this act. Jane is disgusted by the captain’s sacrifice.

The book constantly references the European empire and colonialism, which permeates every scene and looms large in the backdrop. Although the English community in Nigeria is already well-established, there is still a great deal of unrest and warfare. Despite how strange and “uncivilized” they may seem to the English, the central events of the text are meant to represent the larger conflict: the English believe their role there is positive and necessary because they are not only benefiting financially from their colonial empire, but they are also supposedly bringing light and progress to the benighted people of Nigeria. However, Nigerians do not welcome this foreign regime and prefer to conduct their own affairs.

An interesting aspect of Yoruba society, the text’s fundamental ritual—the king’s horseman dying so he might join his lord in the afterlife—also serves as a dying nation’s last stand against colonial rule and oppression. The ceremony is significant to Nigerians everywhere and at all times, but it has extra significance in this location because of how much its success or failure appears to reveal the level of colonizer opposition. Their universe appears to be thrown off its axis when Elesin is prevented from carrying it out, and their customs and beliefs are severely hurt. Or, to put it another way, the colonists have won. Despite the fact that Olunde completes the rite for his father, it is clear that this way of life and this culture are now effectively extinct.

Pilkings and Elesin reflect two opposing perspectives on duty, which they both assert to value greatly. The sacred ceremony that Elesin was intended to carry out is something he must do. It entails giving his life in a dignified way in order to die for his people. It is Pilkings’ responsibility to uphold the rules of the English colonial empire in Africa, which includes forbidding the continuation of allegedly “barbaric” traditions like the king’s horseman ceremony. By stopping this ceremony, he believes he is both saving Elesin’s life and preventing the colony from remaining an undeveloped society. Unfortunately, there is a great deal of friction between the obligations of the two men, and this struggle produces the catastrophes in the play’s last act.

CHARACTERS (IJMB Drama; Death and the King’s Horseman by Wole Soyinka and past questions.)

Elesin, a chief and the King’s horseman, prepares to pass away but is prevented from doing so by Pilkings. Elesin is meant to pass away thirty days after the King. Elesin is a boisterous, lusty, and lively man who delights in life’s pleasures but, despite his many references to shame, appears a little reluctant to pass away. Right before his death, he insists on marrying a young girl to whom he is already engaged. When he learns that his son has chosen to die in accordance with the ritual, he ends his life to avoid further shame and the completion of the ritual.

Jane, who is naive and a little stupid, is more likable to her husband since she makes an effort to comprehend Nigerians a little better. She deviates from stereotypes but nevertheless carries her nation’s negative preconceptions.

The District Officer is dedicated to doing his job and upholding English law, especially if it conflicts with regional customs and rites. He shows bias and intolerance toward Nigerians and is frequently abrupt and cold with his wife Jane. He is shown in broad strokes as the archetypal English colonial officer.

Elesin’s son. Although he received his education in England, he went back to Nigeria to bury his father. He was schooled in the West, yet despite this, he rejects English principles and gives his life to save his father. He is intelligent, sensible, and honorable.

As the chief crosses over to the other side, he sings for Elesin.

The mother of the market, she is initially concerned for all of Elesin’s wants but becomes vehemently critical of him when he survives the rite.

Elesin chooses the Bride because of her beauty, they are married before he’s meant to leave, and it’s expected that they have a child. She says nothing and remains motionless.

QUESTIONS (IJMB Drama; Death and the King’s Horseman by Wole Soyinka and past questions.)

1. Discuss the themes in the play.

2. Discuss the characters in ‘Death and the KIng’s horseman’.

3. What are the literary devices in the play?

4. What type of play is ‘Death and the king’s horseman’?

University of Sussex Hornsey Scholarship in the UK

Aberdeen Global Scholarships in the UK for Foreign Students in 2023 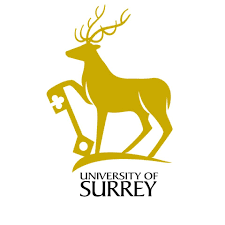 University of Sussex Hornsey Scholarship in the UK

Aberdeen Global Scholarships in the UK for Foreign Students in 2023 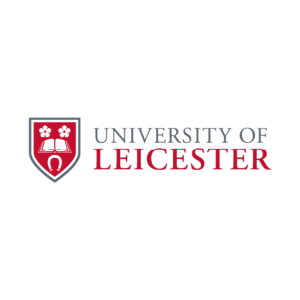 How To Confirm Your JAMB 2022/2023 Admission Through CAPS